Annually the association hosts a three-day BSR conference, which is attended by practitioners from all over the world. The conference has a variety of local and international speakers with the aim of promoting current best practice and to ensure that the practice is improved from relevant experiences and case studies. Additionally the BSRA holds two continuous development workshops annually in Gauteng and Cape Town. In the UK the BSR Association is a member of the British Complementary Medicine Association and is recognised by the Guild of Holistic Practitioners.

COCHASA‘s was established in 1992 and its members support and encourage an holistic approach to health care, which includes promoting wellness or the integration of body, mind and spirit, with an understanding that everything you do, think, feel and believe has an impact on your state of health.

In line with this philosophy COCHASA’S members facilitate health and wellness by subscribing to a non-therapeutic approach to health care. The practitioners do not diagnose, treat nor advise their clients on matters of disease, defect or deficiency. Instead, non-therapeutic health practitioners work with optimising the client’s innate capacity for health. This approach supports the World Health Organisation’s definition of health:

Health is not just the absence of disease, but is a state of complete social, emotional and physical wellbeing. 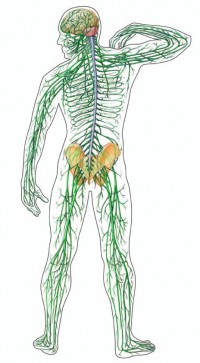